The Rise and Fall of Traditional Media 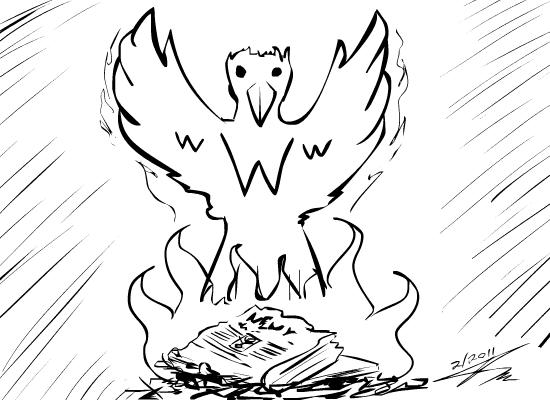 Like a phoenix rising from its ashes, web-based media is rising to fill the

role of newspapers and magazines.

Within the last decade, the total number of paper-based newspaper subscriptions has dropped off a cliff;whereas, the average number of daily searches on Google has jumped from 10,000 (official Google history) to over 230 million (Comscore estimate July 2008).

It wasn’t always this way. In the year 1690, Benjamin Harris printed the first published newspaper in the USA, “Publik Ocurrences”. Up until 1996 newspapers were successful and on a steady incline, but, between 1996 and 2010 the number of subscribers dropped sharply and the amount of workers employed by newpaper publishers nearly cut in half.

Since the inception of the “WordWideWeb” in 1990 by it’s creators, Tim Berners-Lee and Robert Cailliau, blogs and other online news portals have supplied a steady stream of free content to the general public. People quickly discovered that it wasn’t necessary to buy news off the stand any longer when Google and other reliable sources were just a click away.

Furthermore, within the last 5-10 years, microblogging sites such as Twitter, Facebook, and Myspace have sprung up offering instant access to news throughout the world within minutes of incidents.

The roles have changed, no longer is “news” reserved to the standard media channels; anyone can take a part in it from anywhere.

Publishing giants such as News Corporation are fighting back to stay alive. Not only are they trying trying to monopolize content from news aggregators such as Google, they are also applying new strategies of adoption for devices like the iPad. In my opinion, both actions are futile in the long run – news is best when it is both free and open.

“Traditional” practices and theories need to be re-evaluated anew. Just like Rupert Murdoch is finding his kingdom collapsing, so will outdated web-design and marketing practices.